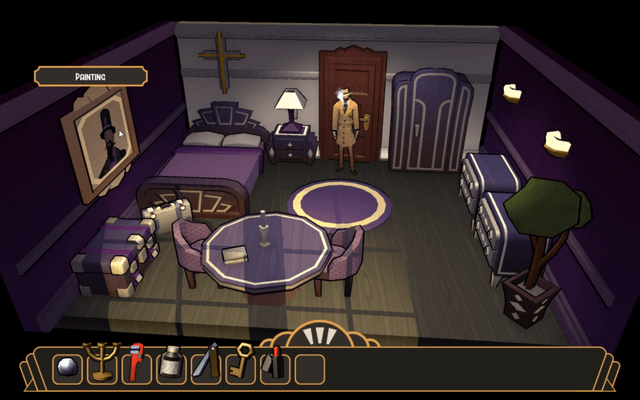 Often detective or crime-solving games have the big problem that it’s difficult for players to come up with their own theory. Mostly just a couple of different explanations are shown, between which the player has to decide, so that the game somehow progresses. “The Last Act” tries a different approach. By exploring the hotel rooms and gathering evidence, the possibilities of developing your own theory about the crime and its course are also widening. Unfortunately, this potential freedom in the gameplay leads to a little ‘narrative bottleneck’ if you just can’t come up with the right solution, but the concept itself is terrific. 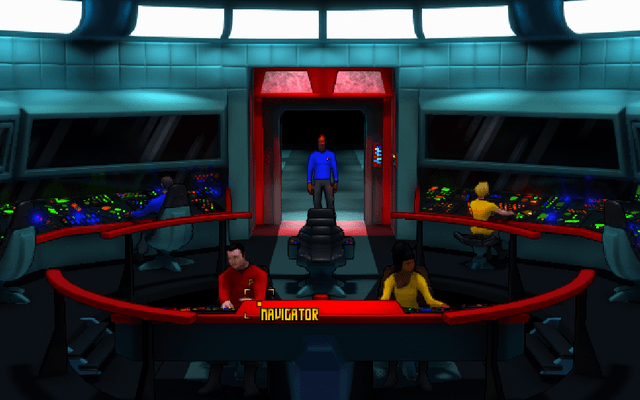 The whole oldschool “Star Trek” style of this game is so well-crafted that it could have been an official game, made in the 1990s, about the TV cult series. The captain of the spaceship was killed with a phaser weapon, so that you have to find the killer among your own colleagues. But when the corpse just disappears, you realize that there must be more behind this deed. A nice little sci-fi mystery game, which can score especially through its visual style. 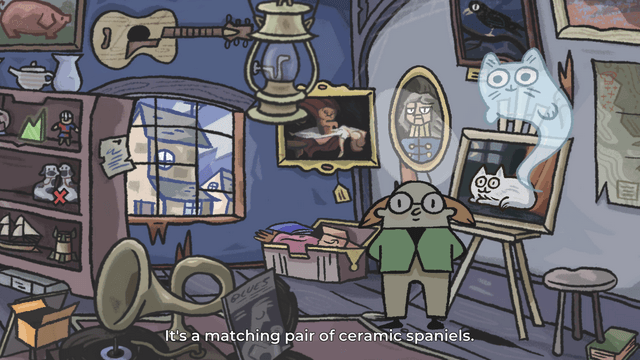 “Claude and the Phantom” by Simon Reid.

A ghost cat locked in a painting needs your help. You must prepare a special ritual so that the cute animal spirit can find its well-deserved eternal sleep. And while the art style of this game reminds me of the “Nelson Tethers: Puzzle Agent” series, the puzzle design itself seems to be inspired by old Sierra Entertainment titles. For example, odd objects must be combined together to get a new functionality. Also, sometimes you can imagine a perfect simple solution to a puzzle, but then you will be ‘disappointed’ because one part does not fit the other, and you have to rethink completely in a more absurd way. Great work!