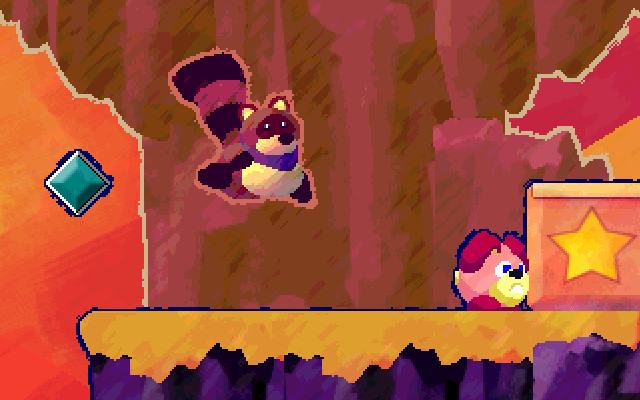 “Bounce the Raccoon” by Logan Ames.

In this little platformer game with a very “Sonic the Hedgehog”-like mascot you can only play one level at the beginning. Here you have to collect jewels, jump and bounce around and of course, just like the role model, flit across the screen as a furry ‘lightning ball’. Once you have reached the level and collected 10.000 points, you can unlock a sequel to this game, which has its own goal again. If you’ve gone through this sequel, there are two other sequels waiting for you. But all these mini-games with their different goals and mechanics feature the same mascot as their main character. A clever take on the theme of the jam, which also boasts a fantastic graphic style. 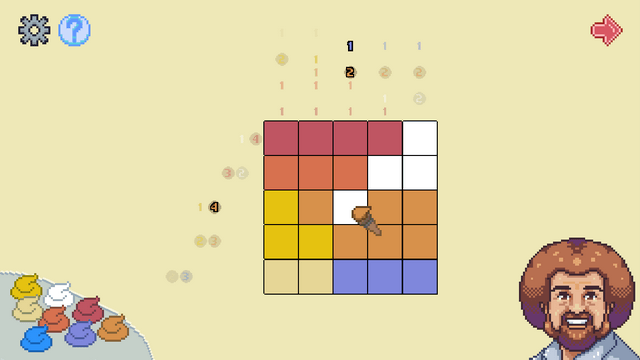 I guess I’m a little weird, but there’s nothing wrong with recommending a Bob Ross featuring Picross jam game. I can’t think of anything more rewarding than being able to explore a whole painting through its own pieces, while treating each of them as a happy little nonogram. Exercising the imagination, experimenting with the colors, being creative in a logical way; these things, to me, are truly the windows to your soul. All you need to paint is a paint brush, the color palette and a 5*5 pieces big canvas, a little instruction, and a vision in your mind. Believe that you can do it cause you can do it. Let’s get crazy. 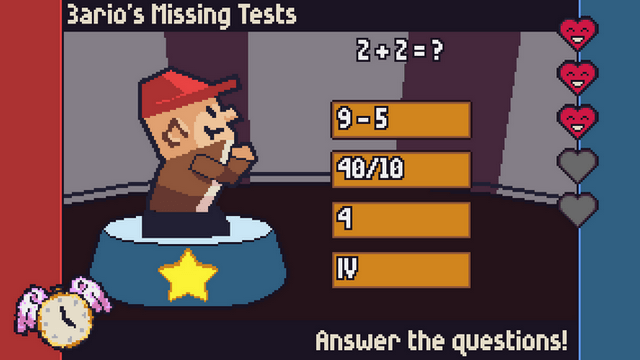 Although this game is easy to play through, it has a very special structure. It’s a meta game on two levels. On the one hand it shows possible sources of frustration in the field of professional game development. On the other hand, and that’s what makes it special, it’s a sequel to not just one, but several games by the same developer. The entertaining dialogues, the silly simple and always recoverable mini games as well as the great voice overs will surely make you grin a little. Give it a try! 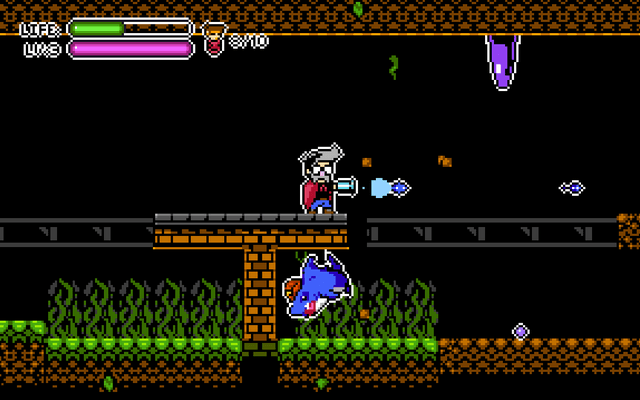 “Gramp in the Shell: The Second Gig” by Shoehead & Craigory Ham.

In the best retro manner, you have to shoot down various monsters in this game and, more importantly, to collect the grandchildren of the good, old protagonist. Ten babies are hidden throughout the building complex, with many in secret passages waiting to be discovered by you. The quite absurd and witty boss fight at the end completes the gaming experience.