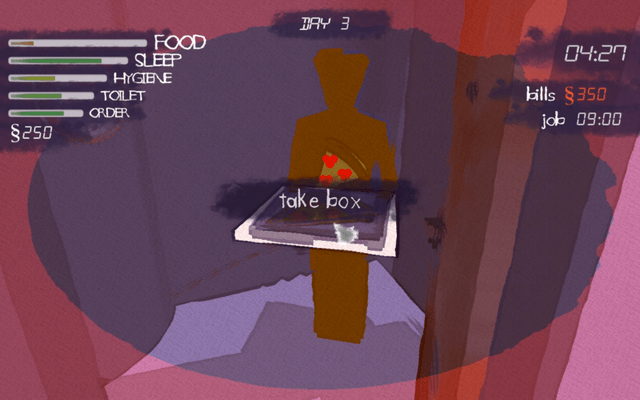 This ‘survival horror’ life simulation has an own odd atmosphere to it. You play as an alone living person in their appartment, and your whole life cycles around five things: Ordering pizza to eat them, sleeping, taking a bath, going to the toilet and your work, after all, you have to make sure to pay your bills. It’s an isolated, somehow disturbing and sad life. After a while, pizza boxes are stacked over one another, you won’t be able to fulfill all your basic needs and it all wents down. But even though you already know the outcome of it all, I highly recommend you to take a look on “Shutin”, because it’s fascinating how its developer and artist Ava Skoog managed to make the downfall perceptible in a weird, beautiful and sad way. 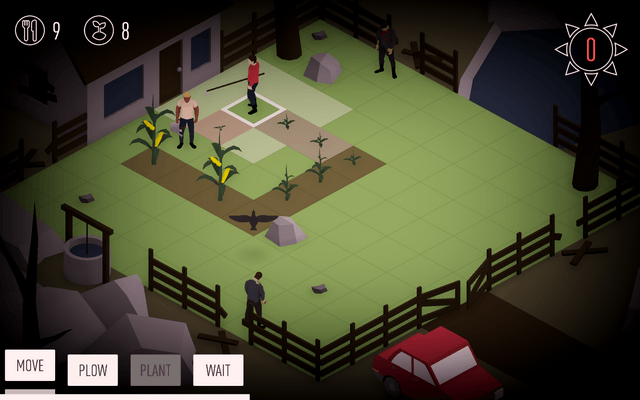 You and your buddy stranded at an abandoned farm, because your car is out of fuel. But you are lucky: Every now and then the salesman comes around and offers you to buy some fuel from him! There’s just one problem: You don’t have enough money. So, what do you do? Of course: You crop the field, plant some corn seeds and water them, so that you can harvest and sell them. That’s the core concept of “The Farm”, which got combined with turn-based gameplay. Each of your two characters has a movement phase and an action phase, which is specified on the object they hold. While one character is responsible for the rake to plow the ground, the other one is capable of watering the seeds with the water can. But make sure to banish the crows and rats, before they feed on your hard work! And be aware of the dangers of the night, which would rather get a bite of you… 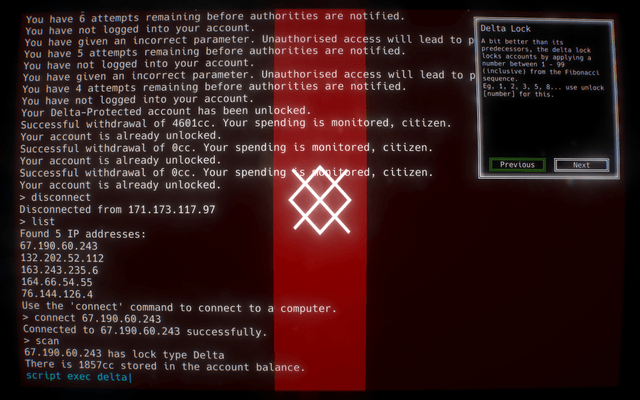 In “Citizenship++” you plunder the ‘social bank accounts’ of strangers by hacking them. The accounts are protected though, so that you have to figure out how each one of the five different lock types work. This can be managed by buying the manuals of the lock types – one is just protected with a number between 0 and 9, another one with a Fibonacci number between 0 and 99, and so on. When you have enough ‘social points’, you can even buy an script editor to automate your hacking by typing in command sequences! And if you are sick of the plain, black retro terminal in the beginning, you can buy some aesthetical upgrades as well.