Oh, “Super Mario Kart”, you source of joy! I love and your blue shells, your wacky roads and all the excitement you provide! Wait a second. That’s not “Super Mario Kart”! “Super Antithesis Kart” takes the great racing series and transforms it into an exaggeratedly artsy ambience storytelling game. Why? Well, you are free to interpret this design decision as you want to. It could be imagined as a critique on how our society treats the one they left behind, as a medium-theoretical storytelling experiment or as an absolutely well done parody game, which is also a meta joke. I’m going with option number three and I love it. 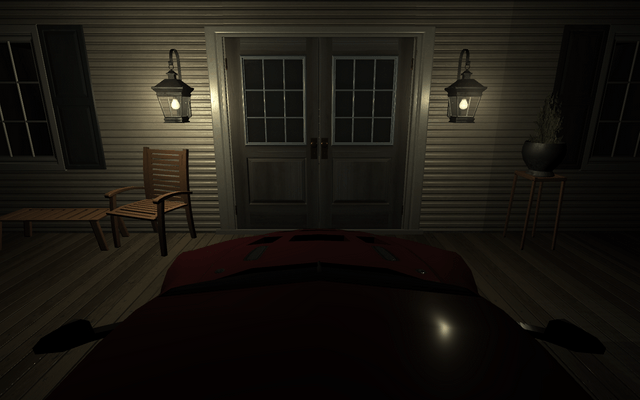 “What in the world lol” were the words that Steve Gaynor, one of the makers of “Gone Home”, found for this jam entry. And hell yes, he’s goddamn right. This short game catches the atmosphere of its inspiration just perfectly by embedding some professional voice-acting as well as a well done recreation of the first place, and immediately crashes it with its own premise: You aren’t playing as Katie, but as the car Cartie (ouch, that pun…). Find the key and unlock the front door, just to find another obstacle in your way. Hilarious! 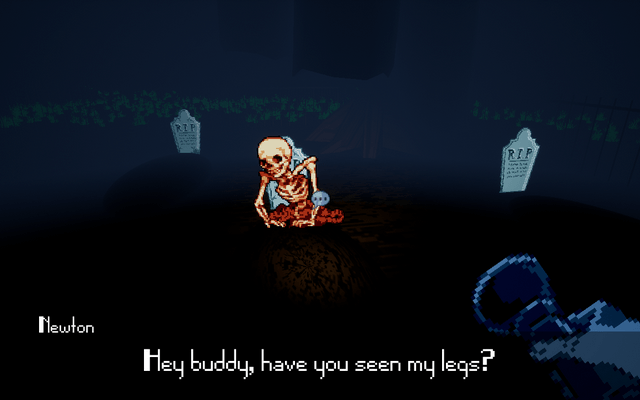 While this positively weird ‘horror’ game has some mild jump scares of some sort and even a bit of a creepy atmosphere, it’s not really frightening at all. All the monsters, skeletons and creatures are actually pretty nice! They just want a friend, a gift or at least their legs back, so why don’t you come to help them out? The whole audiovisual representation is also sweet as heck!