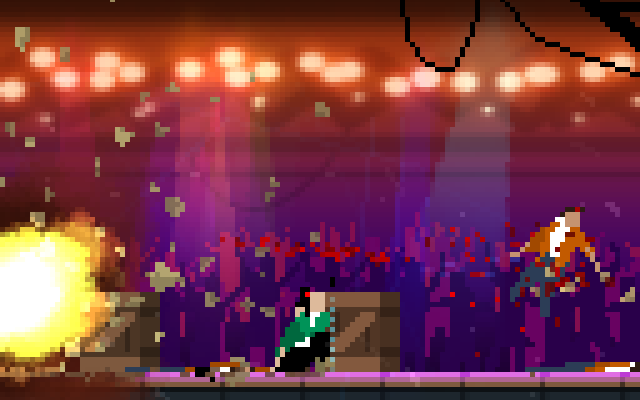 Turn-based games can’t be actionful? Wrong! In the gorgeously pixeled “Nightclub” Showdown” you must decide from turn to turn who you shoot where. While the average shot is fast, but pretty weak, a headshot needs more time, but will eliminate your target. You also have to hide behind crates and need to reload every now and then. 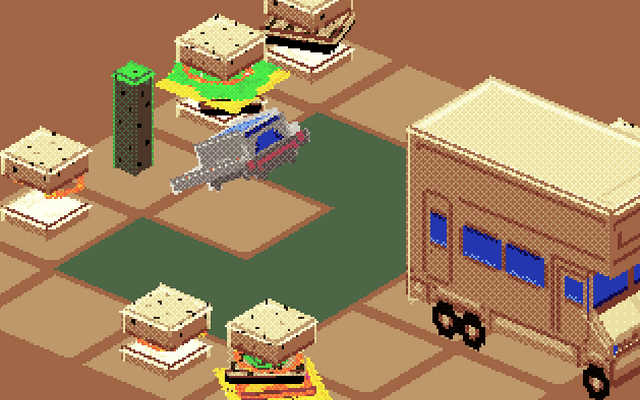 “Don’t play with your food!” – have you been sick to hear this sentence in your childhood? If yes, you will love “Advance Cookwares”. Here you have to cook hamburgers to use them as combat units. Depending on the used recipe and how well you prepared the single ingredients, your hamburger can have better or worse character points. And don’t be afraid to make a coalburger, they can be quite useful! 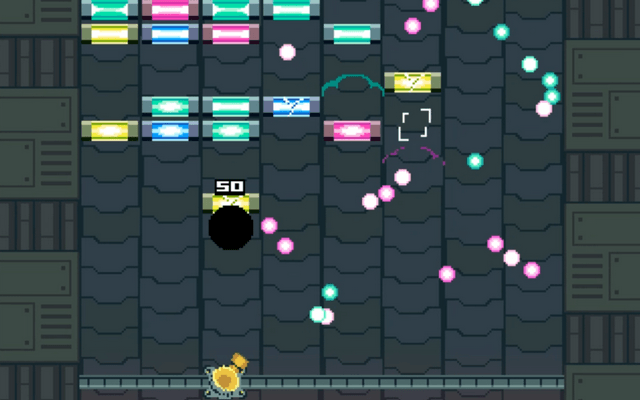 This arcade game can be described as the bullet hell version of “Breakout”: While you have to clean each line by shooting the single bricks, your bullets will come back at you afterwards. This results sooner or later in an absolutely chaotic battlefield.