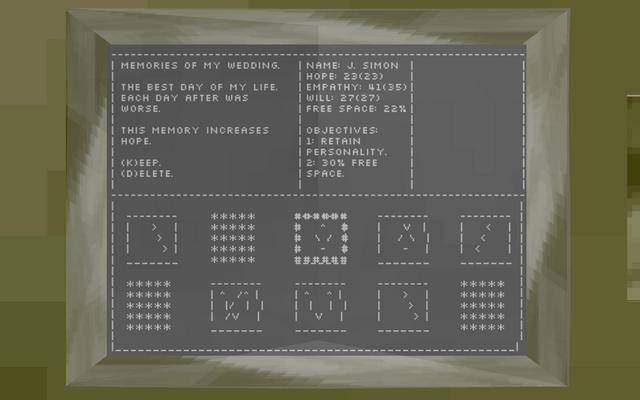 You’re working for an ominous company that manipulates people’s memory so that their mind becomes more ‘free’ again and so that they get ‘optimal’ character traits. Deleting individual memories increases or reduces one or more of the three properties (hope, empathy, will). But take your time to listen to the lovely designed sound representations of the memories as well, and then ask yourself: Will it be worth it? 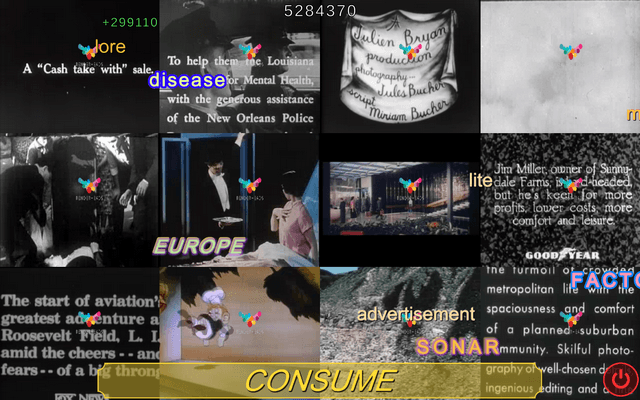 “The Consumer” by Momin Khan.

Attention, attention! It follows a statement of the U.S. Ministry of Education from the 60s: ‘Dear citizen! The patriotic consumption of goods is the mainstay of any well-developed capitalist system! This also applies to cultural products! Be a good consumer and watch our propaganda well-crafted education movies! In best case, 32 pieces at once! And so that we can test if you are really attentive, you need to click on all the pop-up lettering assigned to a movie! But beware, there are other logos that look almost the same, but maybe the pitch is a bit lower or the font is moving faster or the border has a slightly different color! But good, patriotic, system-loyal consumers like you will notice the difference for sure! 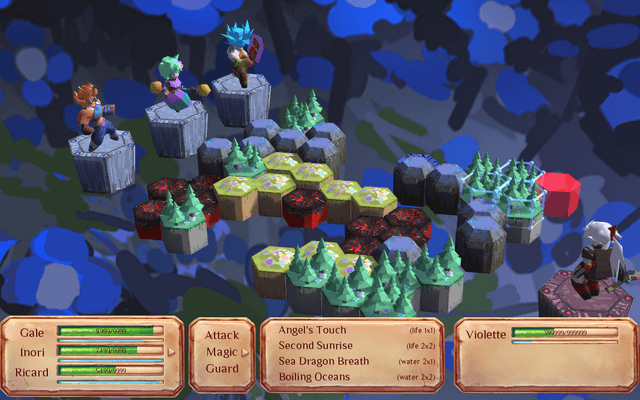 This game is a short parody of JRPGs and especially of “Final Fantasy”, even more specifically of the exaggerated elemental attacks that you learn as you progress through such games. Because it raises a legitimate question: If you constantly conjured up any tidal waves or hellfire, does not that change the climate and the ecosystem? Anyone thought about that, huh? Since it is quite clear that the world shrinks more and more, because it destroys the environment in the long run! And the more destroyed the environment is, the fewer elemental attacks can be done! Actually, that’s pretty logical… Someone should give Square Enix a call on that. >>PLAY