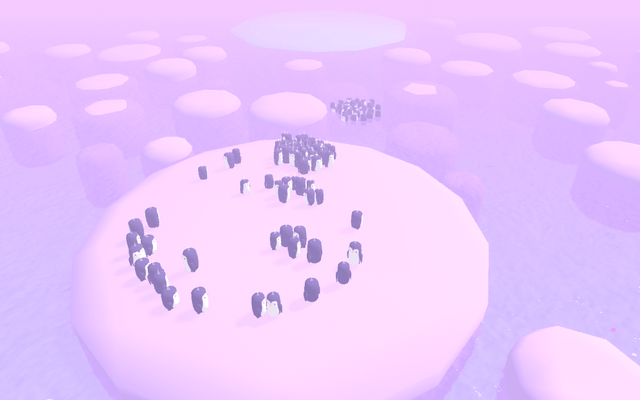 Somewhere in a pastel fantasy world exists a penguin species that doesn’t live among ice floes, but surrounded by marshmallows. Like little icebergs, the sweet specialties are popping up and down. In this short game, which can be played both as a VR and as a non-VR variant, you have to transfer all penguins to a certain island. But be careful not to hit on the voracious Orca whales… A cute game prototype, that consists of just two levels so far, but already is fun and a real delight for your eyes! 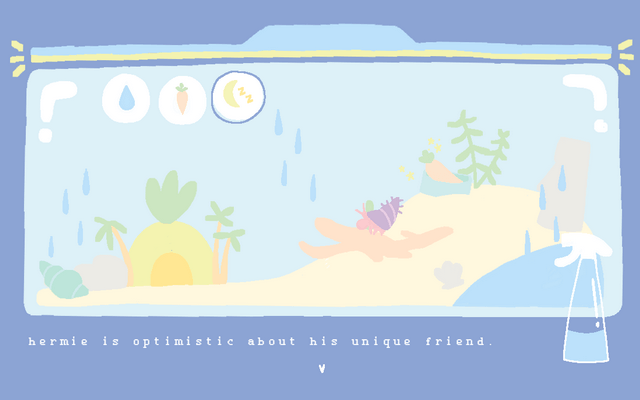 In this beautifully looking mix of a virtual pet game and a visual novel, you’ll encounter the hermit crab Hermie. While he is a little bit intimidated by his new environment at the beginning, you quickly grow to his heart. By cleaning the aquarium and giving Hermie a small carrot every day, he becomes happy. But your place isn’t the last passage on his journey, as it turns out.

“Smell the roses” by Ash Gary.

Roses are red // or green or blue // and the Pastel Jam! // has lovely games for you! In this game, you have to move through huge flowerbeds and at the same time make sure that you don’t encounter the species of roses that cause your hay fever. Some cute details and hidden ‘secrets’ as well as the both random feeling, but funny endings complete this game quite wonderful!