The December issue of “The Jam Report” is splitted into two parts, because the list is quite long. So here we go with the last 38 recommendations!

The gods demand sacrifices, that’s what your advisor – the village shaman – says. Your choice. 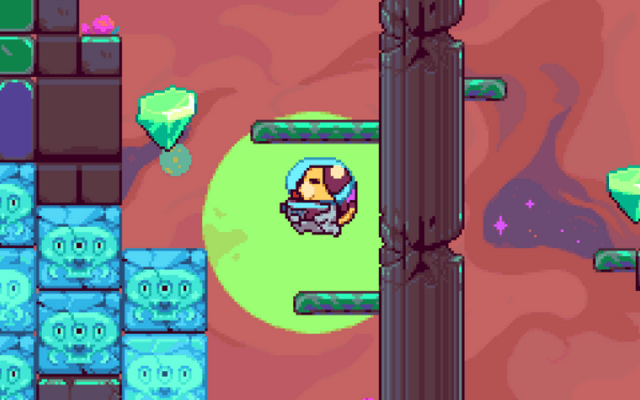 This platformer (which can be played in a browser or as a GBA ROM) is a great gamedev lesson about the question, how feature choices influence the level design. 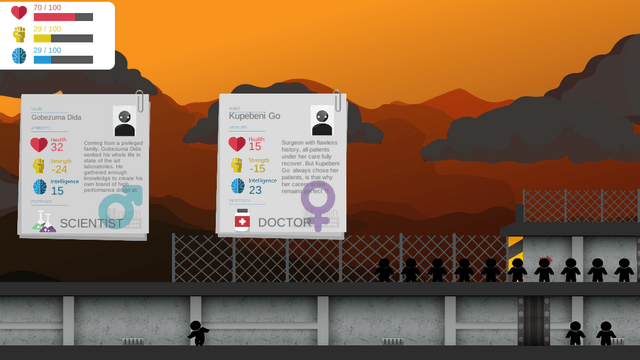 Armageddon soon arrives. Now it’s your task to create a balanced base for the future society in a bunker. 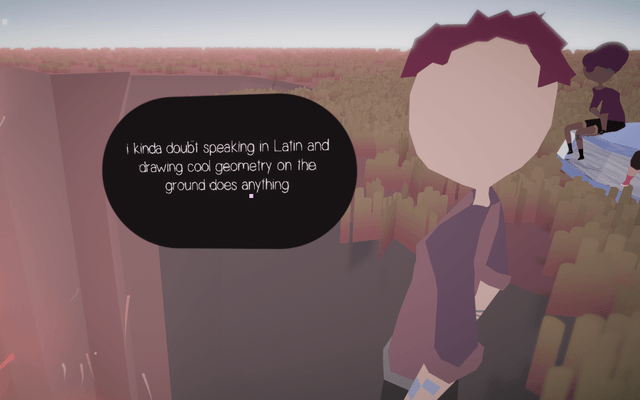 Some teenagers did a couple of rituals, thinking that they would be harmless bullshit. But then, a whole town disappears. Was it their fault, and if so, what can they do now?

Our whole life is like a balancing act. To fulfill our basic needs is important, but it can bore us. And then there are the exciting, but ‘unneeded’ things. Find your order.

“Ludum Dare: The Game” by Darylsteak.

Game jams are fun: You create a game for a specific theme in a fixed amount of time. But sometimes, this can come with some costs, as this management simulation shows. 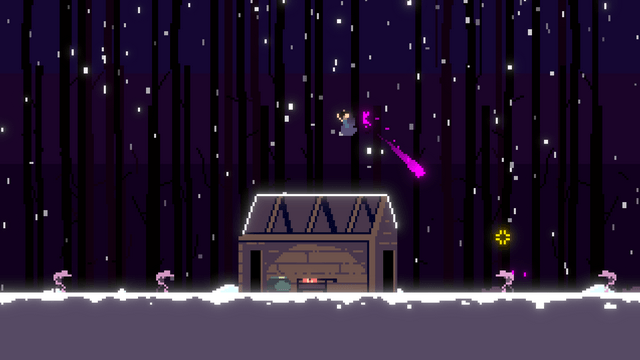 Protect the innocent child by killing all the creatures, which are trying to take it. But they’re strong, so you have to drain some life of the baby every now and then.

It may be a bit late for breakfast, but why don’t you crack an egg or two in this well designed puzzle game? Depth perception is your best pal here. 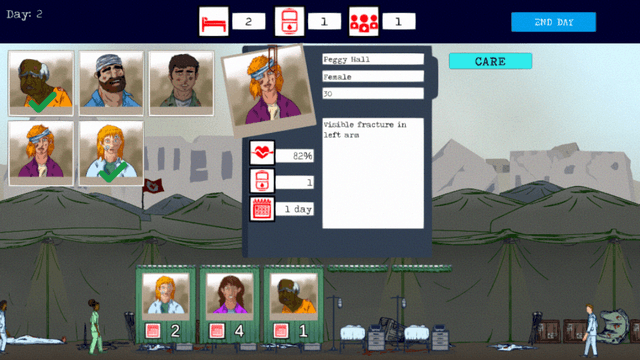 You can’t save them all. Especially not as a doctor in a crisis-torn country.

Whenever you upgrade your units, they will be destroyed shortly after. Unfortunately you can’t build new ones. 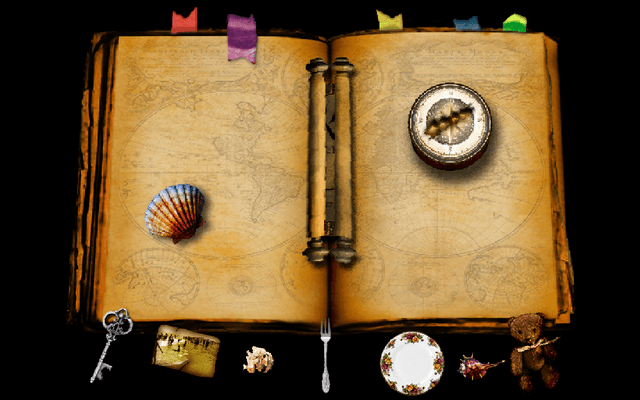 This family album consists of just five pages, but they’re filled with secrets. A point’n’click adventure with lyrical puzzle design.

Your health is your ammunition and vice versa: Shoot the bullets at your spooky enemies, but don’t forget to collect them back. 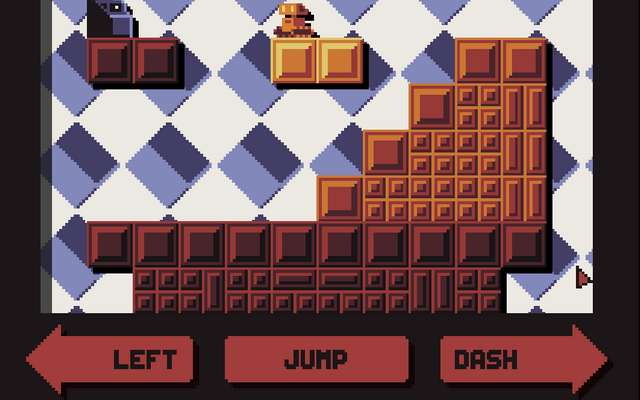 In this amazing puzzle platformer, a little robot wants to reach the terminal at the end of each level. But its console can just fit three commands at once. 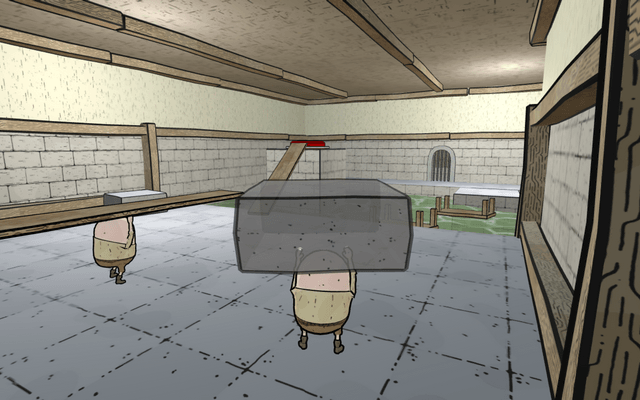 Those rogues sure love beer. So much actually, that they will go down into a trap-filled cellar and sacrifice themselves, so that their buddies can conquer the next room. 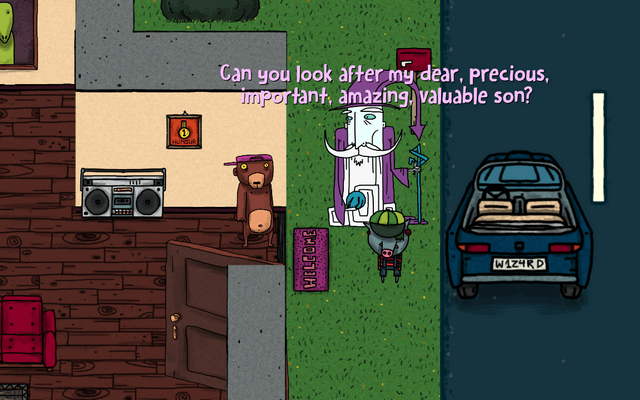 Don’t let the child of your nemesis get sacrificed. Easy, right? The cultists beg to differ.

“Sacrifices Must Be Made” by Daniel Mullins.

You haven’t eaten for days. A stranger in the woods offers you some food – if you win at his dark grim card game.

Up for a hunt for trash and crystals in space? Use both as munition to shoot pirates down, collect all the stuff and then set off for the starbase in each sector. Pixel art galore! 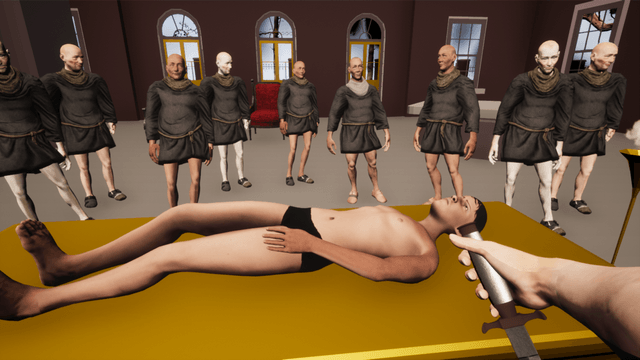 To sacrifice a human is not just a gruesome thought because of the violent act itself, but because of the consequences. This experimental game visualizes it in one moment. 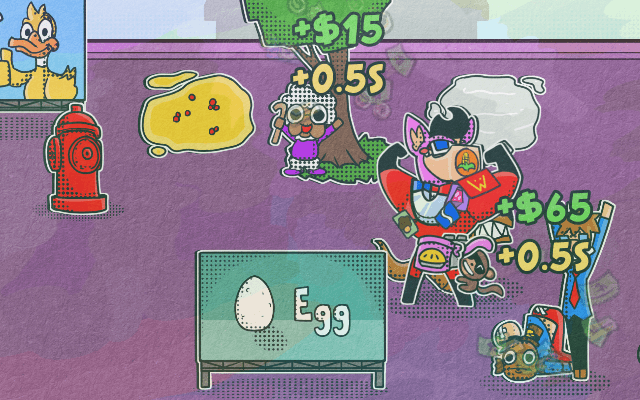 Heroes need to eat too, you know? That’s why this morally ambivalent one takes every sponsor deal they see.

Sven is a completely average, ordinary guy and totally not responsible for the fate of the world. A wonderful altgame as well as genre hybrid with comic strip aesthetics.

“The Cave God” by Pranjal Bisht.

Sacrifice stones, bones, swords, gold, poop, goats, orbs or something else to please the god of light and enlight the cave. But the god isn’t satisfied with any offering.

“The Cold Remains of Warmer Days” by Joarez C. Santini.

“The March Of The Blobs” by joqlepecheur.

Transform single blobs into turrets, obstacles, jumping pads or ‘traffic signs’, so that you can save the majority.

“Together” by Carlos Izquierdo & Alberto Mellado.

In this drawing game, a struggling artist must decide between optimal working conditions for their studio or making some sacrifices for the wellbeing of their family.

A knight, an archer and an ice mage are in a dungeon. At least one of them needs to reach the exit. How? Well, it’s time for some friendly fire, but RPG-style! 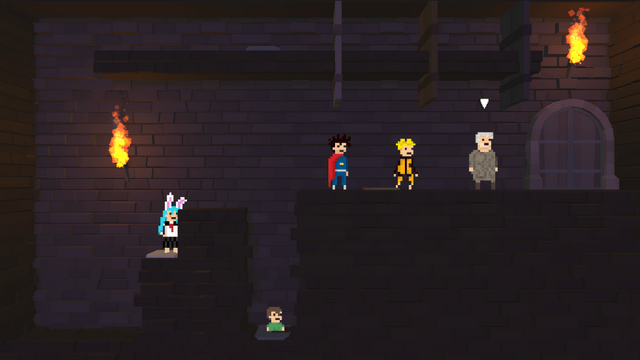 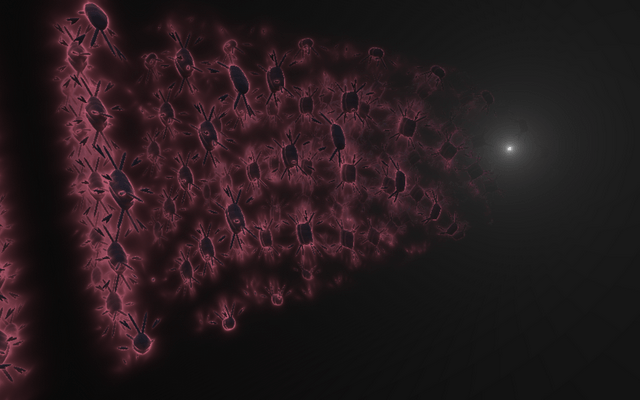 Stroll through strange, but awesome looking dreamscapes in hope of finding the light.

“You Can’t Make An Omelette” by Derek Wilson.

To make an omelette, you have to break an egg or two. But when the position of the pan is unknown, this number can be higher. Especially when flippers are involved.

The holy chicken god wants sacrifices and you have to deliver them. But be cautious that you push them into the fire in the right order. Hectic and cute!

Zoe is trapped in an ancient temple, which is devoted to several gods. To get out, she must find the ideal sacrifice for each of the deities. 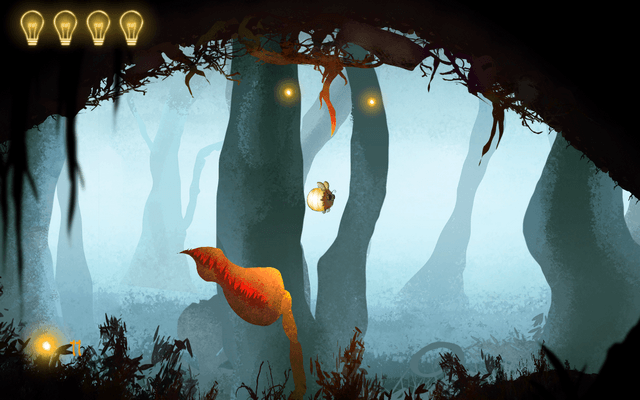 In this beautifully looking, short game, you have to guide a firefly through a dangerous forest to collect light orbs and mushrooms.

“there’s this girl” by Angela He.

Be a witness to the start of a romance between two stargazers, watch them breaking up and then make an important decision. A beautiful game about love. 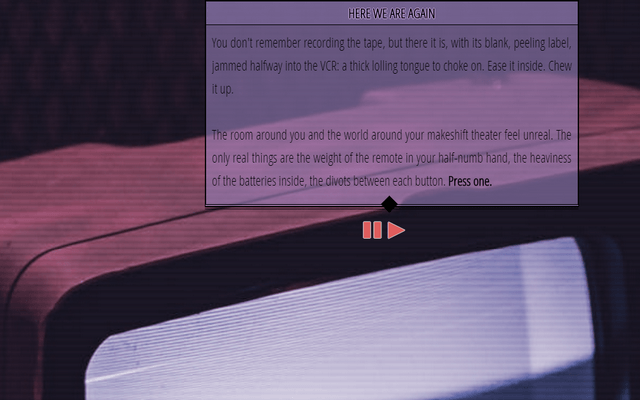 Discover the eerie secrets of a video tape. A short and amazing narrative game experiment, which connects a Twine core game with Bitsy scenes.

Sow and harvest berries as well as radishes in this ASCII-style farming simulation. And don’t forget to get some advice by Susie, the lady in the town.