The November issue of “The Jam Report” is filled with stories about friendship and emancipation, strange monsters and glitches, hyperrealistic as well as surreal landscapes, horror games, wacky sports, interesting puzzle and shooter games. Enjoy the diversity of the jam scene with one or two of our 32 recommendations, which were made for 16 different jams!

Grab your daily dose of bittersweet ‘kitsch’ by accompanying a little boy named Arrow and his dog Zary on their last big adventure together.

Do you love glitch aesthetics and are you looking for puzzles where you have to think out of the box? Here you go! 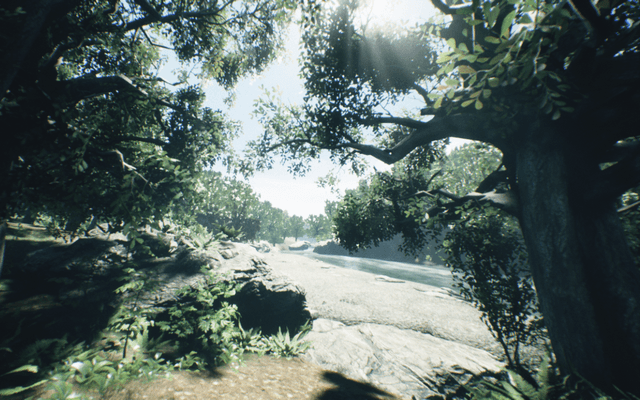 The developer of this jam entry took some pictures of a riverside in New Zealand some years ago. The photos are the references for this atmospheric explorative game. 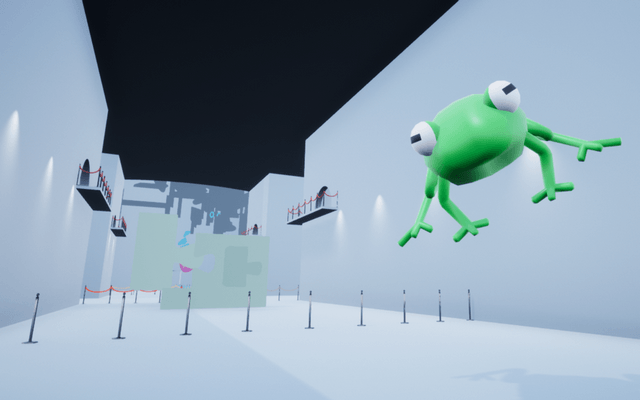 “Pieces Between Us” by Matt Woelk.

This wonderful puzzle game about the fragility of teenage friendships will make you change your perspective. Quite literally. 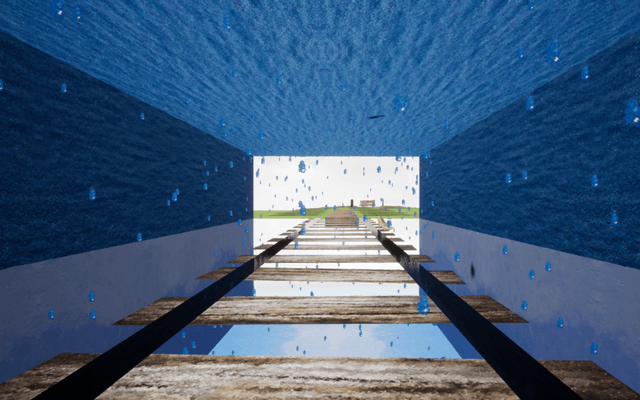 Unlock hidden memories of your past by collecting items and open locked mind doors with them. A neat little alt game with a slightly surrealistic art style. 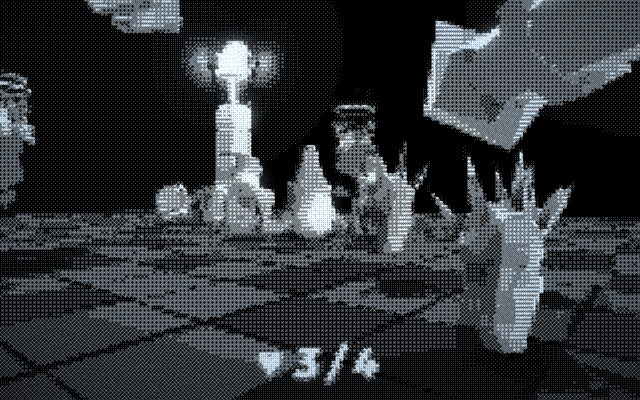 Floating cow skulls and horned creatures want to smash you down, but at least you have your magical spear with you. With that you can’t just attack, but also teleport yourself.

“the odd door” by Dorian Beaugendre.

A door that comes and goes; it seems that it travels through dimensions. Radios, croaking the static. And then there’s you and your camera.

“Down Left Up Right” by Peter Februar.

When becomes an activity a ritual? An important condition is the repetition of the activity, often at fixed times. Explore everyday rituals in this ‘rhythm’ game.

Welcome back the ancestral spirits, so that you and your village can survive the cold season in their protection. A mystical as well as atmospheric Bitsy experience.

Brew some potions in the specialised shop for magical beverages! Try to produce each of the seven potion types.

Taking medicine can be an important daily routine or even ritual for people. But what happens when they break out of their habit, even though they need their pills?

A short, figurative game about some bittersweet life lessons. Including quotes by popular artists, thinkers and “Matrix Revolutions”.

Poke little crabs around, so that they’ll find more appropriate shells other than trash cans. Inspired by a poem written by Federico García Lorca.

“View across the Bay” by Alberto Rico.

This audiovisual toy is based on a cubist still life by the Spanish painter Juan Gris. Play on the guitar, let the paper rustle or clink with the goblet.

Wipe out the creepy smiles of some undeads while you are heading to the challenging boss fight. Atmospheric, minimalistic and pretty juicy!

The cute little alien named En had an accident and now needs to seek its ship, which may have fallen down on the Earth’s moon. The good-hearted Mir will help. 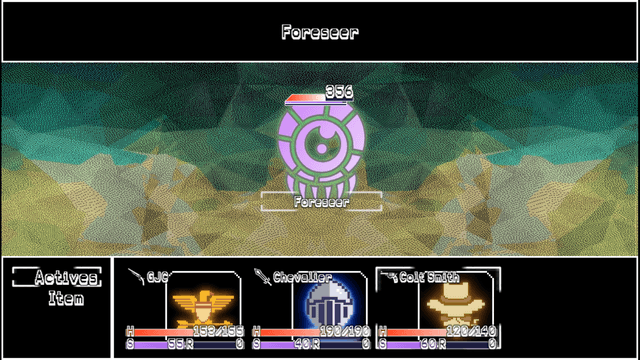 A glitchy simulation, nuclear waste, primeval golems, forests filled with creatures, new strange team members and wagons. Who knows what you will find in this alt RPG? 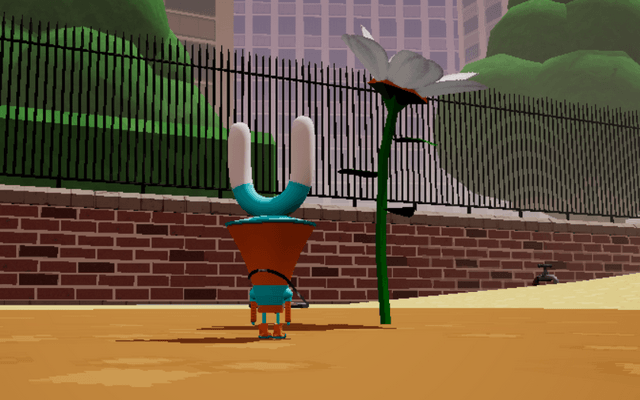 Let plants grow with the help of your water gun, play some music to them to make them give off new seeds and rebuild a park as a cute alien.

In this maritime metroidvania you play as Izel, an astronomer who gets imprisoned by the high priests of the sea. A wonderfully designed game. 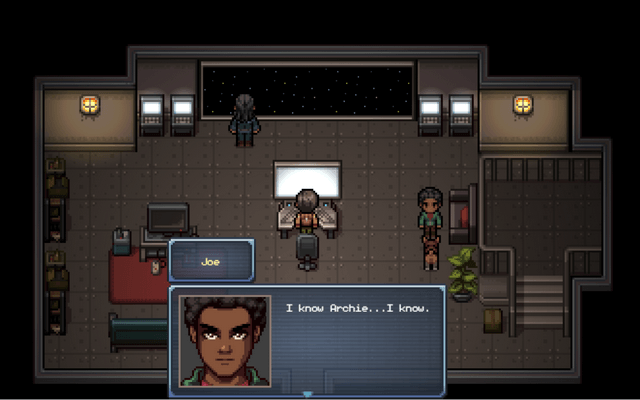 An outlaw trio just wanted to scavenge an abandoned spaceship, but then everything goes wrong.

A sweet platform-modifying puzzle game, where you have to collect hidden golden mugs for an extra challenge.

Slap racists, chemtrail believers, flat earthers and other idiots in the face.

“Calling of The Night” by Hellduriel & Pavel Homola.

One night you hear the voice of a woman. But before you can search for her, you should read a bit about the mythical creatures of the forest.

How could drone technology be used in a cute way? By helping lonely people meet new friends! Explore the wonderfully designed city and its inhabitants.

It can be an unbelievably bad feeling to think you are unproductive. Sometimes you get into a veritable vicious circle because of it. This short game is a perfect illustration.

In this clever puzzle platformer you control two characters at the same time. Whenever they ‘collide’, they’ll give their velocity to the other one and force them to jump.

Use the frog’s tongue as a slingshot or swing with its help from one side of the room to the other. Do not forget to dash! A great top-down platformer with multiple solutions.

‘Beware the Siren Head, dear player!
The mouths that growl, the antennas that sense!
Send out a sincere prayer,
and be stunned by a jam game being so tense!’

“The Crawford Family” by Jan Malitschek.

Do you know what’s a super bad idea? To drive to the property of a paranoid family. Especially when the family members are chainsaw-wielding maniacs.

In this wonderful and weird simulation you play as a ramen-eating streamer to get donations, so you can pay off your debts to a mobster. That’s enough internet for today.

A toxic relationship doesn’t often start that way. Often toxicity just slowly, but steadily develops to be a part of it. This visual novel visualizes such a development perfectly.