In October 2018, it was decided that the Gamejamcurator contributors no longer need to write a single article for each recommendation. Instead, tweets have been written for most games that contain not only a GIF and a link, but also a brief description. This recommendation model has its own advantages and disadvantages. The big advantage is the time savings: We no longer need to write longer texts, record video material and cut it if necessary. We used this time to find even more great jam games. If we used to be able to recommend only about 25 to 30 games (made for 10 to 12 jams) in an average month, there were 46 in October (made for 24 jams).

The disadvantages are nevertheless concise. First, we neglect our Tumblr followers in this way, and second, tweets are of a transient nature. A certain overview is needed so that Gamejamcurator can continue to fulfill not only its recommending, but also its archiving task.

Therefore, there will be a new monthly article series called “The Jam Report”. Here we prepare once again all the recommendations of our Twitter account in a concise, list-like form, so that we are able continue to inform you about all the game jam gems that crossed our path.

You are a chameleon. Your tongue is knotted with another one. You fall down an abyss. You are on a date. What? 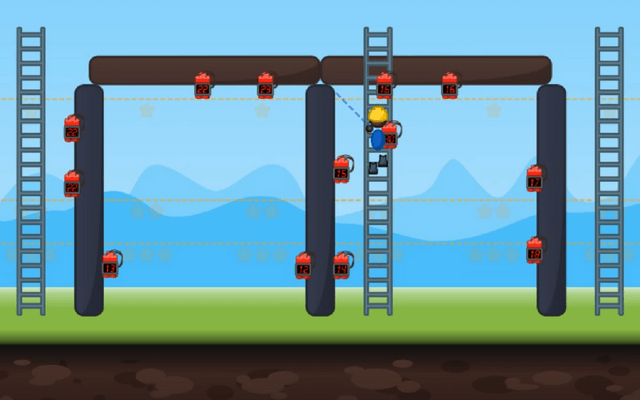 A fun physics puzzle game in which you have to blow up buildings with your endless amount of explosives. However, certain conditions apply. 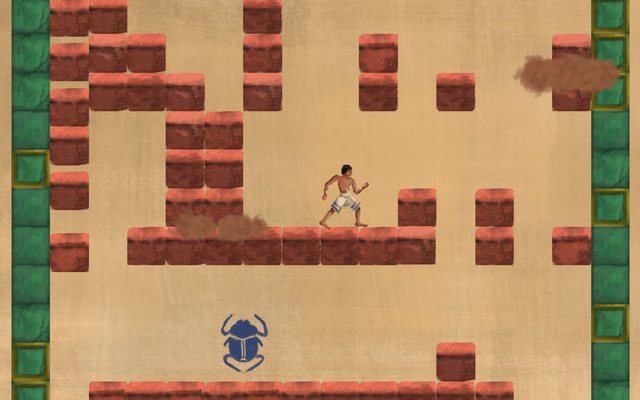 A pyramid collapses and you have to flee. But be careful, because you can quickly run into a dead end and then possibly be beaten to death by boulders. 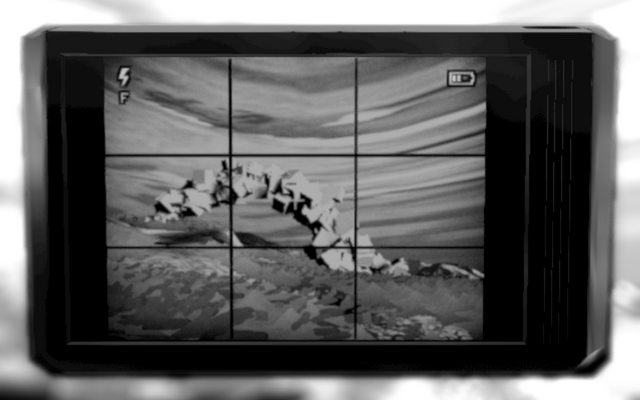 A wonderful photography simulator in a minimalist and strange world. Wander around, toggle the flash on and off, zoom in or out and take pictures.

Bend your brain and, more importantly, the room in this great puzzle shooter prototype. 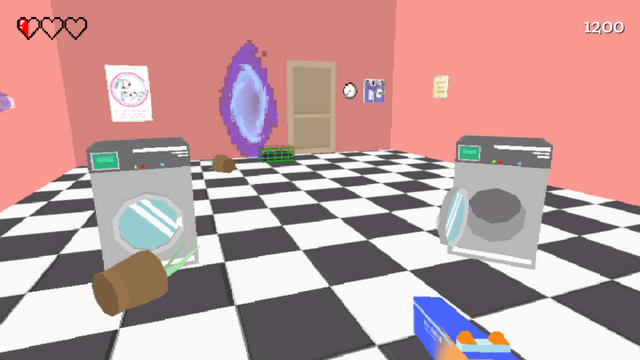 Do not worry about loose pairs of socks anymore, because in this shooter you use single socks to shoot down hordes of washing machines. 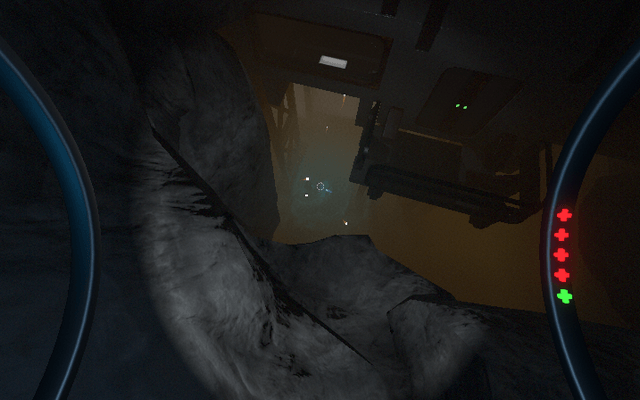 Explore an abandoned mining station as a drone, but beware of the still active security system. It’s your choice to attack or sneak.

“You Can Blow Bubbles” by Kevin Watters.

Shooter games don’t necessarily have to mean that you as a player have to kill someone or something. Why not shoot some soap bubbles instead?

You reap what you sow? Not always. Life can be full of failures and mistakes, but also of hope. A short personal journey on memory lane.

“The first autumn without you” by Samtronika.

A child lost their grandma and spends the first autumn without her at the grandparents’ farm. But kind words and a pinch of magic help to deal with the loss.

Farming simulator meets mysticism. In this wonderful Bitsy game you can explore a farmer village, collect your harvest and remember to reserve a part for ‘them’ as well.

Choosing the songs for a mixtape can be a difficult task. Especially if the mixtape is for a good friend. Future best friend, maybe. Or more? Nonono… Just a friend. Really!

“a retrospective” by Sean S. LeBlanc.

How do you best show your personal experiences with a game engine? By creating snippets of all your created games and presenting them as a ‘short scene mixtape’.

“Five Great Places to Get a Nice Cup of Tea When You Are Asleep” by Ben Bruce.

You love tea? You love dreaming? Now you can travel to five different dreamscape tea houses!

“gift giving up” by caeth.

What is a gift? Why can it be so unpleasant to get and to give them? When is a gift a good one? These are some of the questions that this personal game deals with.

The agreement to exchange mixtapes with each other can cause unexpected, beautiful, but also frightening new dynamics in relationships. A personal insight.

“She Made Me a Mixtape” by David Mowatt.

A love and breakup story in 12 tracks. 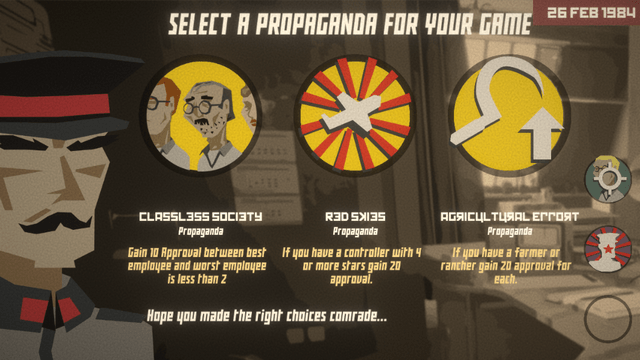 In this gamedev simulation, the people of a socialist state want games. But you need the committee’s approval. 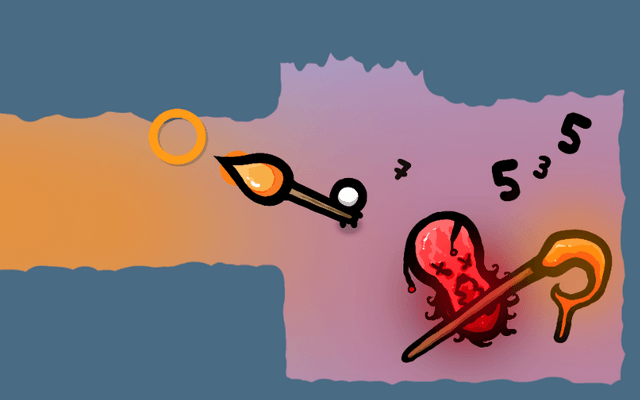 In the caves of this lovely cartoon-like dungeon crawler, you’ll need to find the ingredients for a good game and fight a couple of bosses.

In this narrative point’n’click game, you play as a former arcade owner, who will close his shop forever. How will you cope with this and other losses? 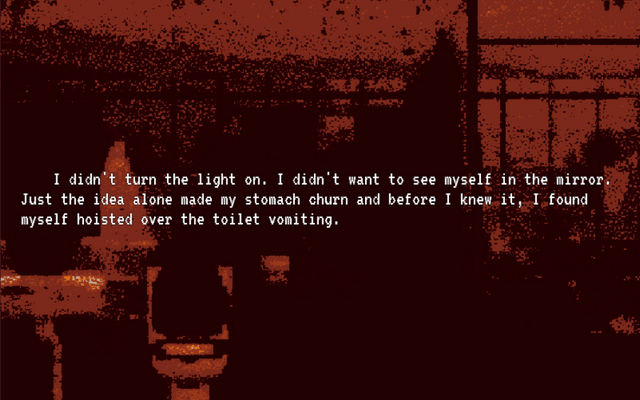 Do you love Halloween, but hate scary horror games? In this beautiful and cute puzzle adventure you have to help seven lost souls to find their peace.

“Realm of Abhorrus” by Weaponized Walrus. 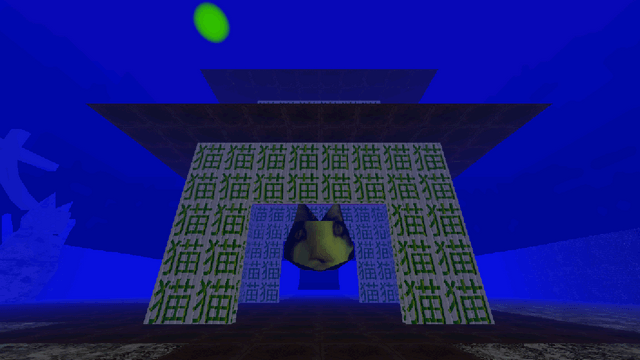 A short and atmospherical Bitsy game about a strange world, a growing flame, you and yourself. 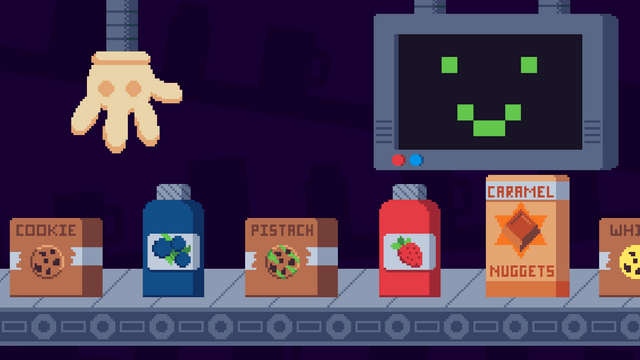 Memorize cookie recipes and then pick up the right ingredients on the assembly line to create the baked goods. But beware: The quantities must also be observed.

In this stealth platformer, you have to submerge into the walls, so that you don’t get discovered by the light rays. 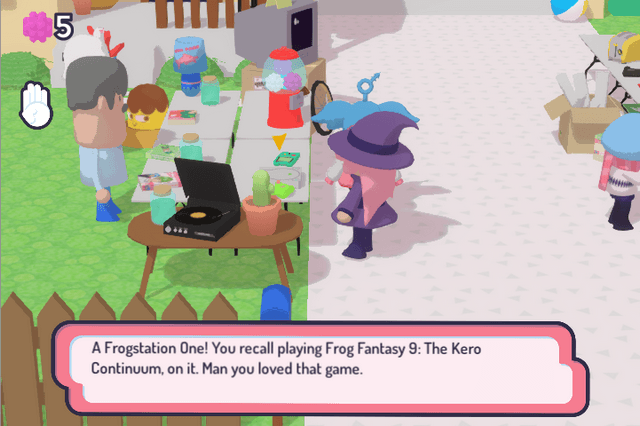 Play as a cute witch who tries to figure out the best items for the visitors of a yard sale. Also, use your magic!

In this lovely puzzle prototype you have to gather energy to make the next move. Sometimes you control two snakes at once or the tiles change their energy amount. 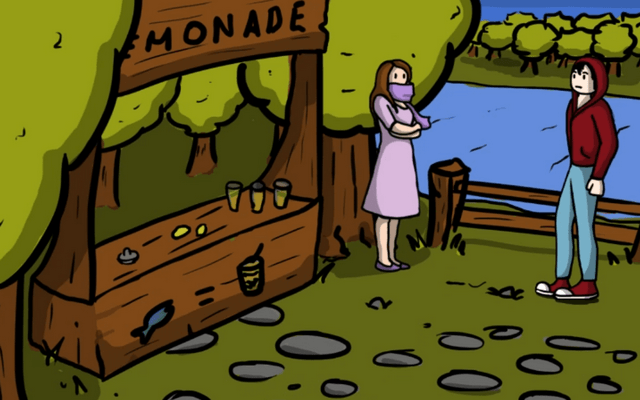 Solve puzzles and pay for lemonade with fresh fishes in this charming, hand-drawn point’n’click adventure. 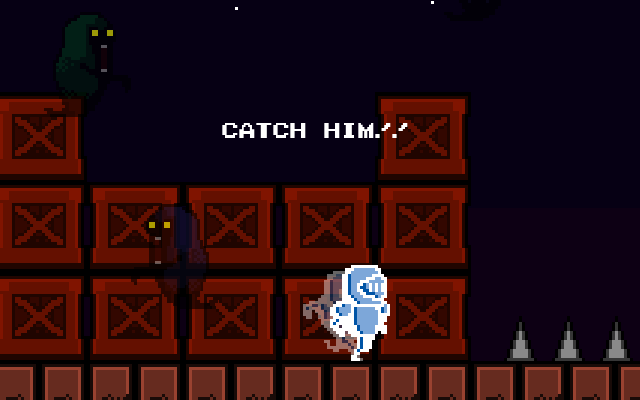 A witch tries to steal your soul, so you have to catch it before it can reach the exit of each level. A fantastic speedrunning challenge. 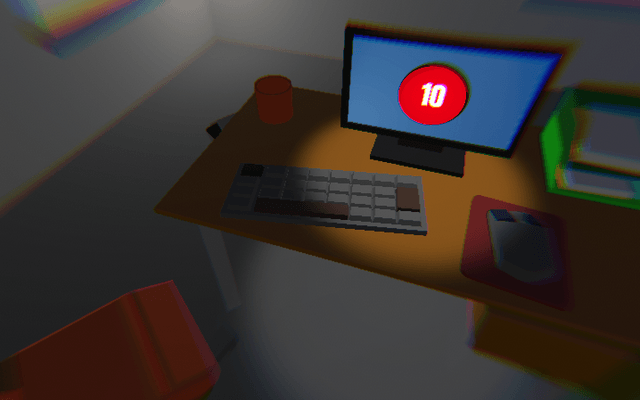 “Work In Progress” by Stending.

What’s your relationship to your work or your job? Does it feel sometimes tedious, tiring, boring? This short game explores these negative aspects.

In a strange, but beautiful world, you lose three birds of your flock. Fly around to find them and reunite with them.

Fly through the sky, communicate with other birds via singing, team up as a flock and enjoy the relaxing, peaceful environment. 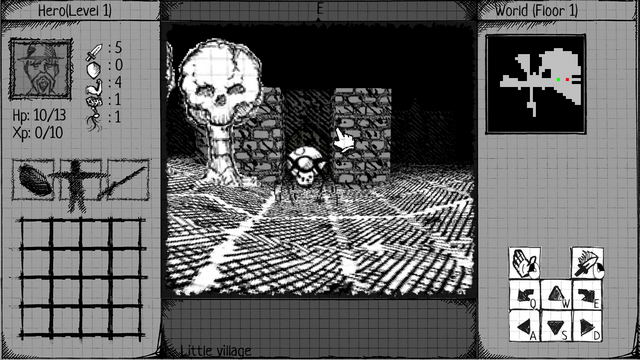 Fight against evil creatures, collect loot and trade mushrooms for chickens in this delightful 3D dungeon crawler with hand-drawn graphics. 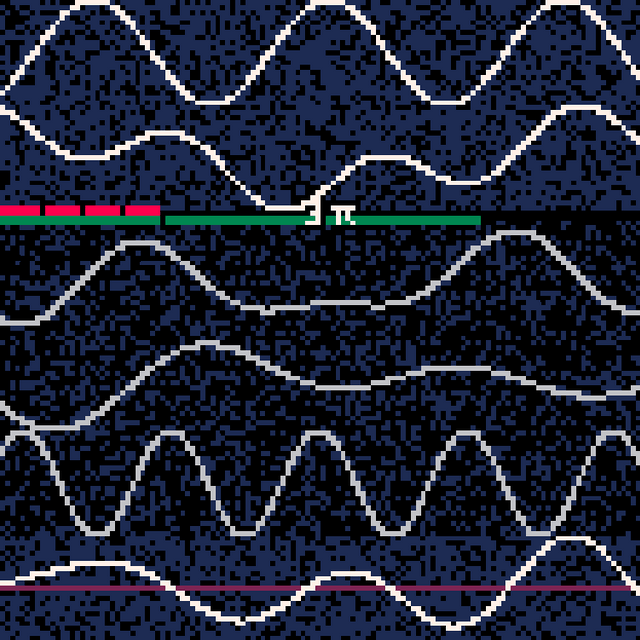 When two waves overlap, a new one is created. But what would this look like? This is what you have to guess in this game with procedurally generated puzzles.

In this puzzle game, you use a gripping machine to guide boxes to their destinations. There is only one problem: The gripper can only move on the fixed rails.

Grab the correct ingredients for your dinner recipes in this cute co-op cooking game. Also, you’re a dinosaur.

Imagine “Machinarium”, only with aliens. And with some gardening. And oh, Halloween! And with bats carrying your inventory. All that in green now. Finished? Let’s go! 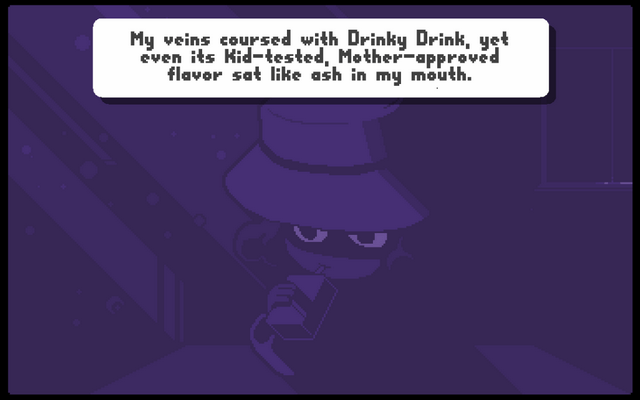 A point’n’click detective game with a noir tune… But with an elementary school as the setting? Sounds crazy, but works like a charm! 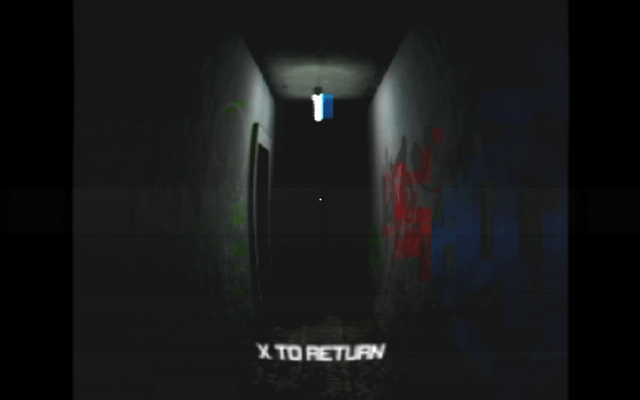 “Homage to the Dead” by Dan Sanderson.

You like old zombie movies and the first PlayStation console? Then you will love this spooky game!

An invasion of mutant snails threatens the world. You, a little girl named Dora, must beat them all up.

The quantic cat is able to split itself into two cats, but they have to be united to continue to the next level. A smartly designed puzzle game with unique mechanics.

A fascinating prototype for a “Oregon Trail”-esque game, that uses Bitsy as a graphical interface.

Exploration trips bring adventure, but also bureaucracy. Read the reports, mark them with their topic or put them in the error folder. And talk with your crab buddy! 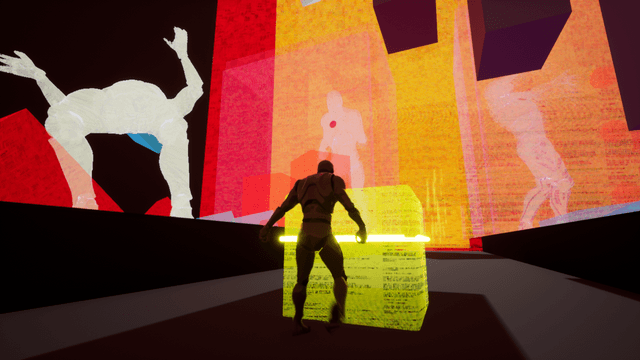 Find the breach, grab the patch box, drag it into the next level and repeat. A glitchy platformer game of the best kind.