This is the fifth installment of “Game Jams with James”: Chats with developers about game jams, games from jams, and short-form games. To find our other game jam chats, check out the tag:  #gamejamswithjames.

Today, James is joined by the experimental Sand Gardeners duo: Colin Le Duc of France and Sam Machell of England. This up-and-coming pair share their thoughts on games, jams, and how they jam. How do they consistently jam with such a distance between them?

Colin: They are the only kind of games I take the time to play, I’m happy getting a “whole” experience in a small amount of time. I mean, the trend was to bash games that “last only X hours” etc., but I think it takes a lot of talent to convey a lot of ideas into a small game. Also, it’s not only impressive because usually they’re done in a short amount of time as well.

Sam: I love them! Makes the experience more concise! It’s lovely to see an idea flourish and grow in a short space of time, a compact exploration. It makes everything more meaningful. I think shorter games lend themselves more to being spaces to experiment, they can be cinematic, daring, confrontational, fresh! 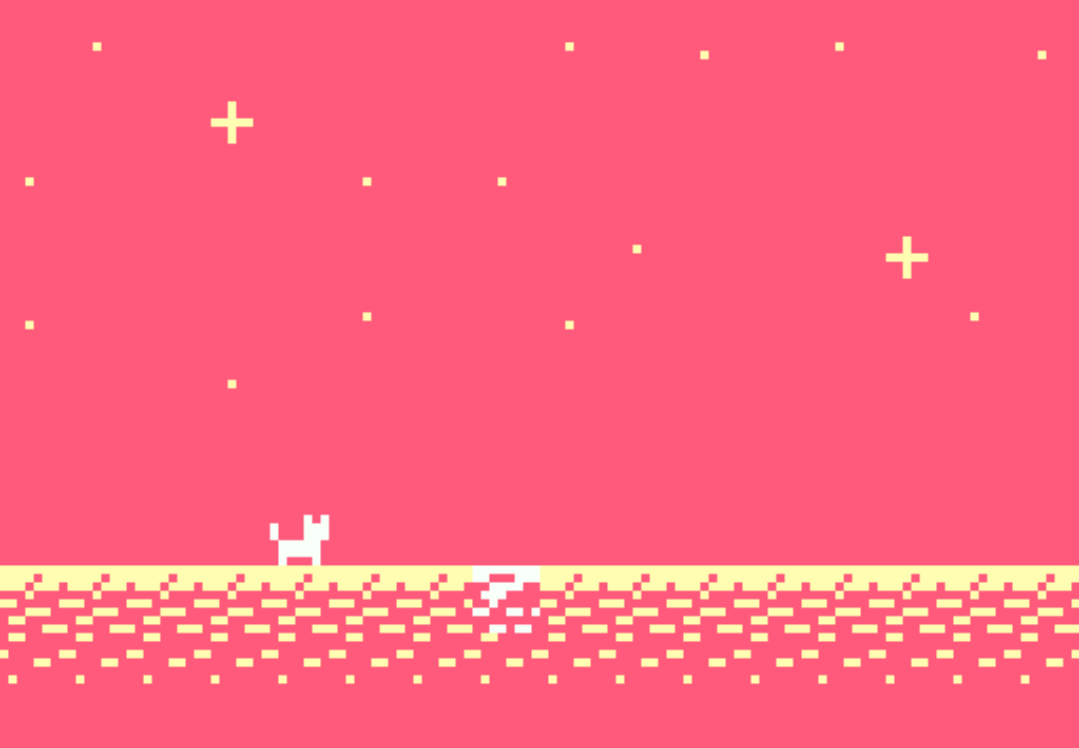 Screenshot from “This Cat That Comes In Through Our Window” – game by Sand Gardeners.

Colin: It’s hard to miss big events like Ludum Dare or Global Game Jam, and there’s obviously a lot of great games made during these, but I’m gonna give a shout out to A Game By It’s Cover, I like the idea of taking artistic submissions that mimic real games cartridges and then make a game based of it, it feels a bit like an “exquisite corpse” jams and I like that. I also can’t wait for the next PROCJAM!

Sam: I love following the monthly Bitsy jams, this month’s theme was the Sublime, and it produced some great work! I entered one once and the community is so warm and friendly, and the work really has its own style and feel. I think you could consider people that make games in Bitsy a kind of collective, a group forming their own aesthetic, and that’s a really cool thing.

Video of “Between Stations” – game by Sand Gardeners.

Colin: I know I’ll sound like a programmer cliché but I’ve always been a fan of Zachtronics games, it’s one of the few genres I’d love to try and do one day, so I gotta admit I was pretty impressed by “TASball” from the last Ludum Dare, made by the awesome Amos Wenger.

Sam: Personally I love Moshe Linke’s games and really adore this game “The Search For The Green River”. Such a beautiful blur of genres. Poetic game making… Just like Terrence Malick or Andrei Tarkovsky films… Mysterious dreams. Really unlike lots of games you will see in jams, definitely recommend it.

Sam: I think “Definition of a Ghuest” was my favorite game jam game. We really focused on making a short and compact experience, and played a little with the idea of community and creating as well as viewing art. We also enjoyed making it a somewhat response to criticism our previous game had received – ruffling feathers is always fun.

Colin: I’d go with “Between Stations”, it feels like it’s the most polished jam game we made, and I have a great memory of doing it because it’s one of the only jams where I’ve been able to sleep 6 hours per night, it might sounds silly but it’s nice not to treat game jams as a “suffering
weekend”.

Video of “Definition of a Ghuest” – game by Sand Gardeners.

James: What do you two believe are the most important aspect to jams; what makes a game jam a game jam?

Colin: I believe jams are a great opportunity to keep things in the smallest scope possible, meaning each game that’ll come out is like “100% pure juice” if that makes sense. I like how it enable KISS and “Fail fast” principles and I think they allow to step out of our comfort zone without taking as much risk as in a long-term production.

Sam: I think a sense of community is the most important thing. I love to feel the energy of everyone’s ideas and the general atmosphere of creation! 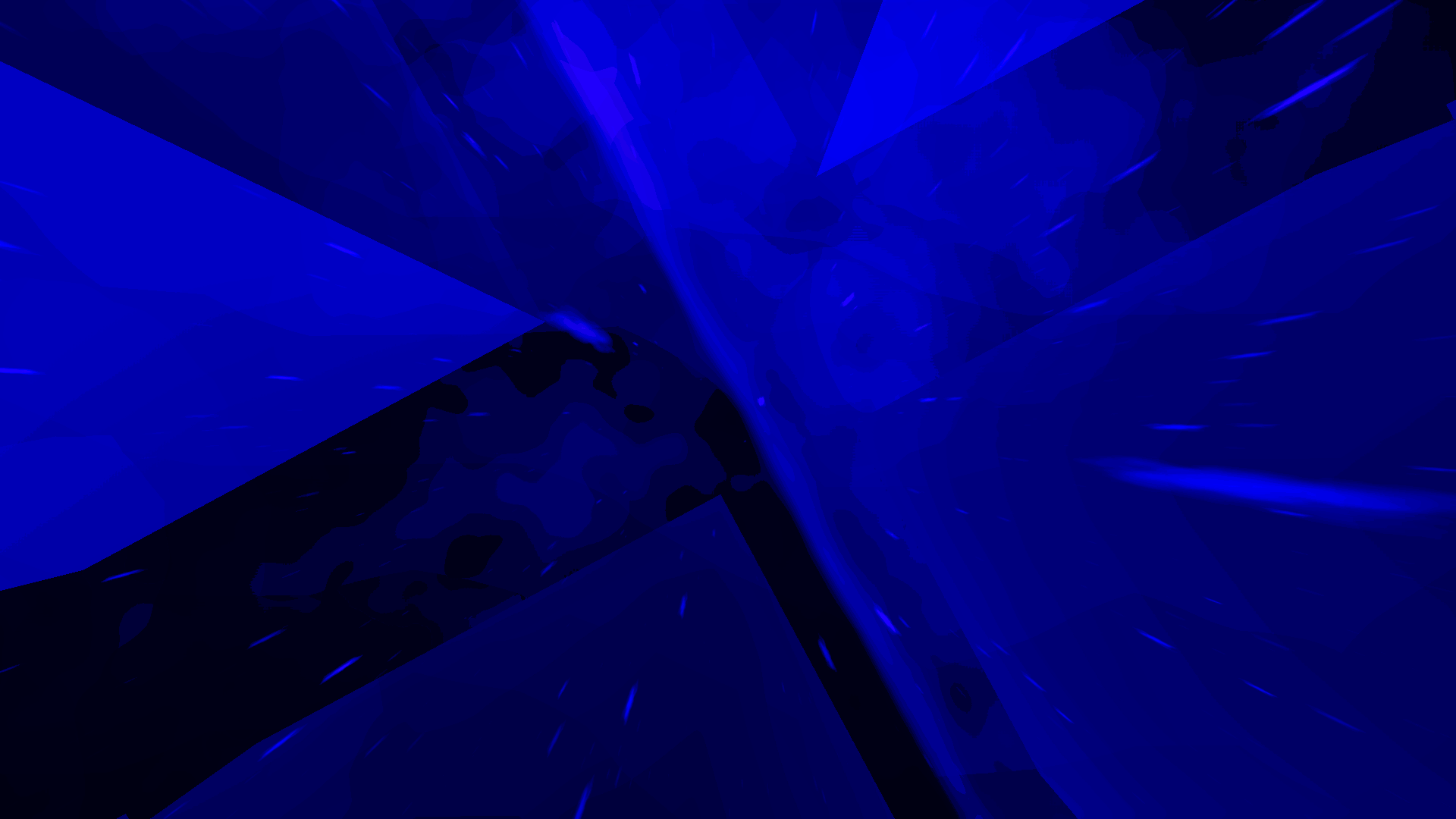 Screenshot from “The Search for the Green River” – game by Moshe Linke.

James: With such different ideas on jams and games, what do you think is the most important aspect you see eye to eye on? How do your game beliefs affect your team for game jams?

Sam: I think that we both see jams as an opportunity to try something new, and something unique. Be that something more experimental than our regular work, or something more accessible, we’re always up for new things. I think we also both see it as a way to regenerate our collaborative energy after long stretches of work on our bigger project “Brownie Cove Express”, a jam can feel like a nice break, whilst also bringing us closer together. Working internationally can sometimes feel quite separating, and a jam gives us a short period of time to work really closely together, which is nice. What do you think, Colin?

Colin: Indeed, as we’re both long distance and we don’t do games together as a living, therefore we often end up working on sparse periods of time, I often work during the night or evening and Sam during the day, and it feels really empowering to work together, at the same time, calling each other every twenty minutes or so to guide each other, give feedback etc. It’s a really condensed burst of work, but it’s really rewarding because at the end of each jam we have that nice little finished piece of game we can be proud of.