This is the second installment of “Game Jams with James”: Chats with developers about game jams, games from jams, and short-form games.

For our second “Game Jams with James”, James is talking with thecatamites alias Stephen Murphy, a developer who’s games (like “Goblet Grotto”, “Pleasuredromes Of Kubla Khan” or “The New Adventures Of Billy The Kid”) question the aesthetics of the mainstream and have inspired countless developers.

thecatamites: I like them, since obviously the shortness gives them a larger range, you can make a game about eating shit without having to sit and figure out “How do I structure this so that you’re eating shit over 100 increasingly difficult levels?”. But also I like the sense of not knowing just how short they are and where the axe will fall so to speak. I think they have these secondary associations with elegance, parsimony, short experiences embodying exactly one idea etc., but I think part of the appeal is the way the practical impulse to compress and avoid unnecessary work is always cutting against this idea of unity and threatening to undo it, so you get a nice tension. Like putting a long prestigious play in a 15 minute time slot and all the actors keep looking nervously offstage for security to throw them out. It is more exciting to me.

James: Do you think there’s any beauty to be had in the opposite of condensing games; expanding a small experience beyond its natural limit into something intolerably long-form?

thecatamites: I think the downside of short games is the way they maybe fit too neatly into the, uh, current economies of attention where things get scraped for exactly one central quality and then allocated to either the “Good!”-or-“Bad!” media heaps that our ancestors will maybe get around to playing come judgement day. The short ratio of time to experience means they’re good ‘investments’ and so it’s maybe harder for them to grind against the idea of time as an investment in the first place. Long form games have their own kind of prestige attached but I do like that they all come with the uncomfortable sense of “Exactly how much further do I want to go into this thing?”, “Is it worth finishing?”, “What exactly am I looking for by continuing to play?”, they’re sort of more ambivalent than the mandatory positivity of nonstop creation.

“Goblet Grotto” was started for a two-month game jam and it took two years to complete. I think the benefits of that were that it became stranger as an object (like, a parody RPG that takes five minutes to play is necessarily sort of different to one where you might not ever see the end) and you get some of the weird tunnel vision vibes that comes with working on the same thing so long, but the main appeal of longer projects to me is just being able to drift into a fugue state of endlessly tinkering with things that don’t matter.

thecatamites: I liked the one Pippin Barr organized for ‘music games’ on makega.me a few years back since the topic was nice and broad and the timeframe was pretty generous… I think there are so many game jams now that they’re more like voluntary prompts than anything, so it was relaxing to have that enabled from the start.

James: I share similar thoughts about how game jams have become a flow of prompts over special events. Do you think there’s anything lost without the time pressure?

thecatamites: I think it’s mostly a communal thing, I can get into time restrictions a lot more when it’s just some local forum event than when it’s an open call to the entire internet to try doing X. I think that’s the difference between the feeling of a shared constraint that kind of syncs you up with other people and that of an arbitrary deadline that’s just added to your list of things I can maybe do if I get around to it.

thecatamites: I’m probably forgetting a bunch or else I don’t know what game jams they were done for but I always liked “Raimond EX” from a Game Jolt jam some years ago… It’s in kind of that underrecognised gamejam category of someone spending all the allocated days setting up some kind of elaborate physics system or set of combinatory interactions or something and then they run out of time before it can be fully shaped into a ’game’ and so you get this kind of eerie cavernous structure, with directed game elements just kind of haphazardly placed throughout this ominous set of empty rooms and underexplained systems that you bounce off of and eventually the thing just stops and that was the game. I think what I like most about jam games is when they move in this limbo turf that’s vaguely videogame shaped but not quite enough so to be convincing at it, like failed body snatchers.

James: That game sounds fantastic! I wonder if the unformed aspect of “Raimond EX” could only blossom in a jam. That if it was created outside of a jam, it would’ve been completed or tossed, rather than uploaded as it was.

thecatamites: I could see it being uploaded somehow since you do find weird little prototypes being uploaded now and then on Game Jolt or wherever – but it’s harder for me to imagine anybody playing it, and I think there’s a kind of inherent gormlessness to releasing any kind of jam game that maybe balances out some of the more offputting aspects for these things in a funny way: “Hey guys here’s my entry didn’t finish it lol tell me what u think?” – 3D cube scrolling through a horrible, black, indefinite cavern, distant buzzing noises rapidly getting closer, vague suggestion of house and letters “wh” appear on screen before the game crashes to desktop). They’re humanized but still basically inhuman, and I think the fact stuff like this can be played in a game jam by other people who are, like, working on a “Puyo Pop” clone and absently checking out the competition makes them more charming than they would be if they were just dropped into the abyss.

thecatamites: I like “Drill Killer” the most for some reason… Again I think for some of the weird changes in direction where it’s just like you run out of time or you already committed too much to a bad idea so you just end up releasing it to have SOMETHING. And it was sort of fun to be doing that in this game because it’s such a horrible premise. Once I read about this old “The Far Side” cartoon about a family of snakes eating dinner and somehow the caption for it got swapped in the newspaper with that of the adjacent “Dennis The Menace” comic strip, so that people would open up the comics section and there was Dennis The Menace eating a big sandwich and saying “Oh, brother, not hamsters AGAIN!” with a cranky expression. Anyway I think of it whenever I remember this game because basically I had this entire maudlin horror movie pastiche in my head for Ludum Dare, but then it turned out to be really sunny outside that weekend, and I was seriously embittered that I was indoors drawing these chopped up teenage kids in MS Paint instead of out in the sun eating popsicles. So the game ended up being really compressed to try to salvage the weekend and written differently in order to salvage the compression… At the time I didn’t think about it, but in retrospect it’s sort of funny to be like “Damn, only five pictures left of people being murdered and then I can go out and sunbathe!”. “Oh, brother, not mutilated teenage corpses AGAIN!” So in that sense, I am fond of it, in that I believe this to be a very videogames kind of experience.

James: With “Drill Killer”, it sounds like personal conditions created more of a theme for the game than the jam itself. Do you find those personal constraints lead to better games?

thecatamites: I mean I think that stuff is always inescapable but I feel like the more contrary forces there are acting on the direction these things go the more interesting the result will be. If they’re only made for one reason or out of one desire the game itself risks only being illustrative of that other thing, rather than something in itself. If there are two contrary forces then the game sort of has to mediate between them and I think that’s where they become fun, in the attempt to fold “I want to make meaningful art” and “I want to draw pictures of myself hanging out with Sonic” into some kind of unified structure and all the weird little mental curlicues that result. And I think that indecision gives you a lot more room to engage with the actual properties of some format than if you’re just trying to use them for one specific predetermined goal. But if anybody wants to steal my brain and implant it inside a sightless indestructible jar for testing purposes they have of course my full encouragement. 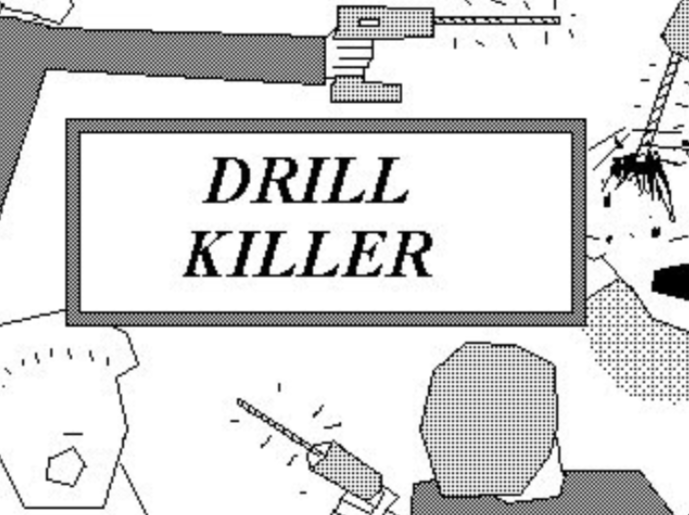